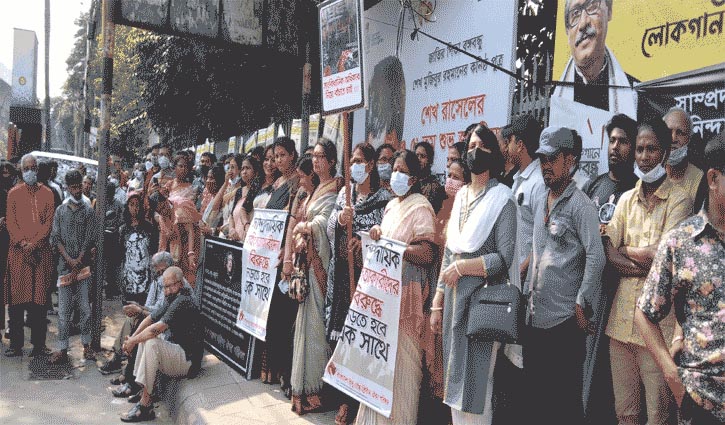 Bangladesh Hindu-Buddhist-Christian Oikya Parishad has gone on a mass hunger strike at Shahbagh in the city in protest against attacks on houses of of minorities, temples and mandaps in different parts of the country during Durga Puja celebrations.

They started their mass hunger strike around 6.00am on Saturday in front of the National Museum in the city. After a discussion, they took position on Shahbagh crossing.

Vehicular movement from Shahbagh to Paltan, Science Lab, Bangla Motor, TSC and other places were halted due to the blockade.

Advocate Rana Dasgupta, general secretary of the organisation, announced the program on October 16.