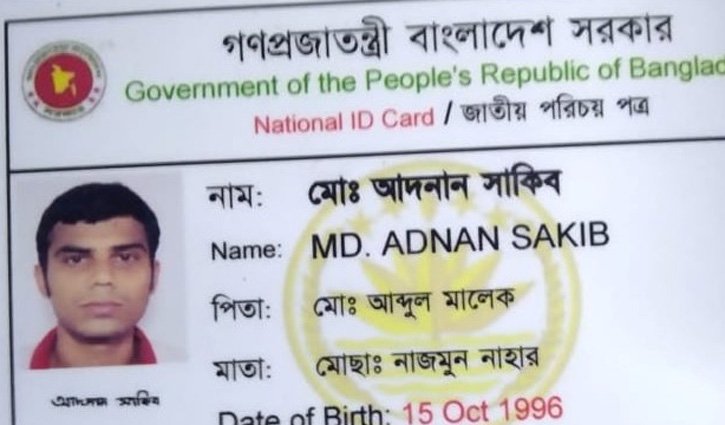 Police have recovered the hanging body of a student from a residential hotel in the capital’s Segunbagicha.

The deceased is known as Adnan Sakib, son of Abdul Malek from Nilphamari district. Adnan was a student of Dhaka University (DU) and used to live in Zahurul Haq hall.

Following his mobile phone number, police traced his whereabouts. Later, they rushed to the spot and broke open the door of a room of Karnaphuli residential hotel located in the capital’s Segunbagicha and found his body hanging.

Police then recovered the body and took it to Dhaka Medical College Hospital but duty doctor declared him dead. The body was kept at the hospital’s morgue for autopsy.