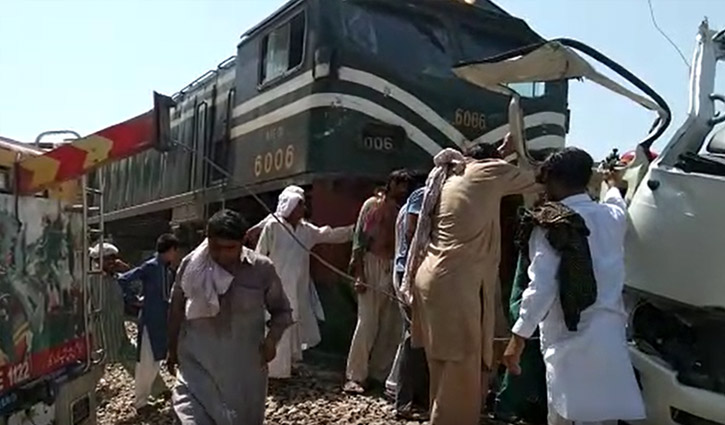 At least 20 people were killed and 8 others were injured as a train hit a passenger bus that got onto a railway track at unmanned crossing near Sheikhupura on Friday noon.

The passengers in the bus were Sikh Yatrees who were returning from Nankana Sahib — where they had gone to visit relatives — to Peshawar, according to Dawn.

According to officials, some 25 to 26 people were travelling in the bus, out of whom 20 were killed in the accident. The victims include women and children as well.

Officials said it seemed like the driver had tried to take a shortcut instead of waiting at the crossing, which resulted in the crash. However, the facts will only be clear after an investigation.