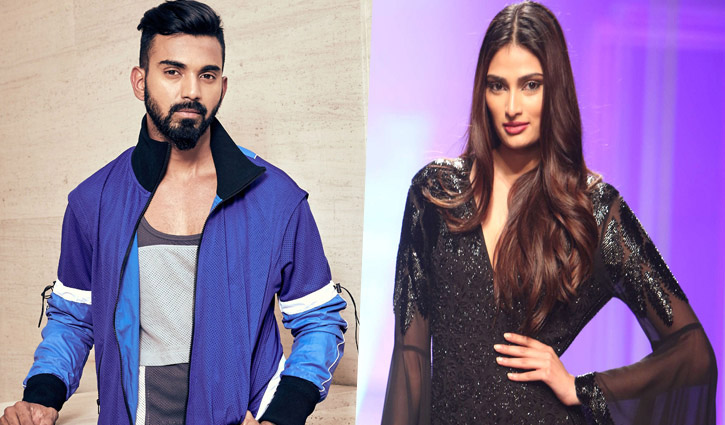 Entertainment Desk: Bollywood actor Suniel Shetty’s daughter Athiya Shetty set her foot in Bollywood with her film Hero in 2015. While the diva has not been seen in another film yet, she is making headlines for her personal life.

The rumours have it that the actress is dating cricketer KL Rahul these days. In fact, the reports suggest that the two have been dating since February but wanted to keep it under wraps. KL Rahul is currently in London where he is playing for the country in ICC World Cup 2019.

Going by the reports in BollywoodLife, a source has told the publication, "Rahul and Athiya have been going around with each other. They started dating since a little before February, this year. And things are quite serious." Apparently, the two met through common friends. The portal also added that the two have refrained from public appearances, to avoid speculation.

KL Rahul has earlier been linked to many actresses like Niddhi Agerwal and Jannat actress Sonal Chauhan. However, when the two actresses were asked about it, they rubbished the rumours.

Niddhi said that KL Rahul is just a good friend from Bangalore and nothing else. On the other hand, when Sonal was asked about it, she replied with a big no. She concluded saying he is good cricketer and a talented and nice guy. The actress said that she and KL Rahul know each other since a long time even before they had started their respective careers. Sonal also added that although they did not go to the same college, they still knew each other.

On a related note, Athiya Shetty was last seen in a song called Vodka Laga Ke and broke the internet with her killer moves. She will next be seen opposite Nawazuddin Siddiqui in Motichoor Chaknachoor.