The oxygen in Martian air is changing in a way that can't currently be explained by known chemical processes.

That's the claim of scientists working on the Curiosity rover mission, who have been taking measurements of the gas.

They discovered that the amount of oxygen in Martian "air" rose by 30% in spring and summer.
The pattern remains a mystery, but researchers are beginning to narrow the possibilities.

While the changes are most likely to be geological in nature, planetary scientists can't completely rule out an explanation involving microbial life.

The results come from nearly six Earth years' (three Martian years') worth of data from the Sample Analysis at Mars (Sam) instrument, a portable chemistry lab in the belly of the Curiosity rover.

The scientists measured seasonal changes in gases that fill the air directly above the surface of Gale Crater on Mars, where Curiosity landed. They have published their findings in the journal JGR-Planets.

The Martian atmosphere is overwhelmingly composed of carbon dioxide (CO2), with smaller amounts of other gases such as molecular nitrogen (N2), argon (Ar), molecular oxygen (O2) and methane (CH4).

Nitrogen and argon followed a predictable seasonal pattern, changing according to how much CO2 was in the air (which is in turn linked to changes in air pressure). They expected oxygen to follow this pattern too, but it didn't.

Oxygen rose during each northern hemisphere spring and then fell in the autumn. They considered the possibility that CO2 or water (H2O) molecules released oxygen when they broke apart in the atmosphere, leading to a short-lived rise. But it would take five times more water than there actually is to produce the additional oxygen, and CO2 breaks up too slowly to generate it over such a short time.

"We know oxygen is created and destroyed on Mars through the energy provided by sunlight breaking down CO2 and H2O, both of which are observed in the atmosphere of Mars. The thing that doesn't make sense is the size of the variation - it doesn't match what we expect to see," Dr Manish Patel, from the Open University - who was not involved with the study, told BBC News.
"Given that Curiosity makes measurements at the surface of Mars, it is tempting to think that this is coming from the surface - but we have no evidence for that. Geologically-speaking, it seems unlikely - I can't think of a process that would fit."

Dr Timothy McConnochie, from the University of Maryland in College Park, who is one of the authors on the JGR-Planets paper, said. "You can measure the water vapour molecules in the Martian atmosphere and you can measure the change in oxygen... There just aren't enough water molecules.

"Mars in general has a pretty small amount of water vapour, and there's several times more oxygen atoms that mysteriously appear than there is in the water vapour on the entire planet."
They also considered why the oxygen dropped back to levels predicted by known chemistry in the autumn. One idea was that solar radiation could break up oxygen molecules into two atoms, which then escaped into space. But after running the numbers, scientists concluded it would take at least 10 years for the oxygen to disappear in this way.

In addition, the seasonal rises aren't perfectly repeatable; the amount of oxygen varies between years. The results imply that something is producing the gas and then taking it away.

Dr McConnochie thinks the evidence suggests a source of oxygen in the near-surface. "I think it points to a reservoir (of oxygen) in the soil that interchanges with the atmosphere," he said.

"To exchange (with the atmosphere) fairly rapidly on a seasonal timescale it has to be close to the surface. If it's deeper, any process is going to be slower," he said.

Some supporting evidence for this comes from Nasa's Viking landers, which touched down on the Red Planet in the 1970s. Results from the Viking Gas Exchange Experiment (GEX) showed that when the humidity was increased in a chamber containing a sample of Martian soil, it led to a release of oxygen.

However, says Dr McConnochie, the temperature in the Viking spacecraft chamber was much warmer than it would be outside, even during spring and summer. This complicates any attempt to apply the results to the Martian environment: "It's a tantalising clue, but it's not helping us solve the problem directly," he explained.

Mars does become more humid during spring and summer. Water-ice gets deposited on the poles during the winter. Then, throughout the summer, there is a release of water vapour in the polar regions.

There could be a link between the humidification of the entire planet at this time and the release of oxygen.

Intriguingly, the changes in oxygen are similar to those seen for methane, which increases in abundance by about 60% in summer for inexplicable reasons. It's unclear whether there's any connection though. 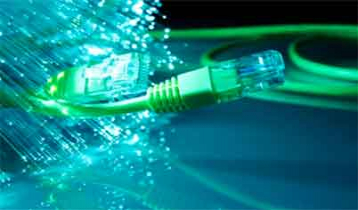 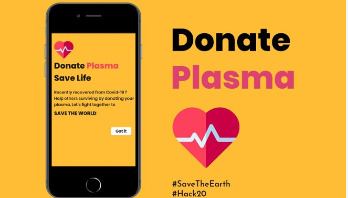