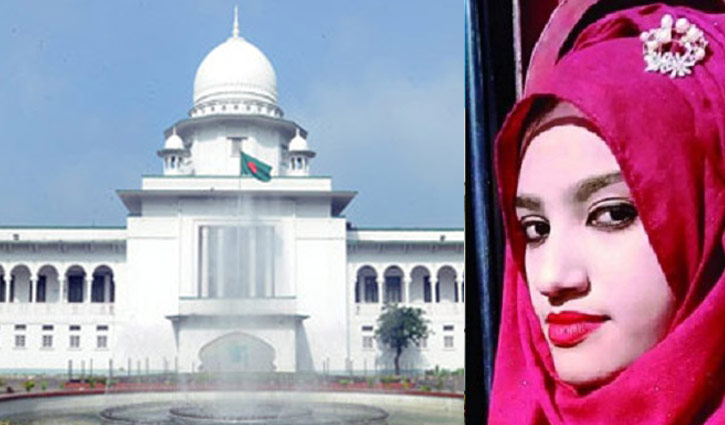 The other convicts those filed the appeals are: Nur Uddin, Javed Hossain and Umme Sultana Poppy.

Jamiul Haque Faisal, counsel of the convicts, submitted the appeal petitions on Monday.

On October 24, a tribunal in Feni sentenced all 16 accused, including the principal, in the case awarded death sentence.

The court also fined them Tk 1 lakh each and asked to give the money to the victim's family.

Nusrat Jahan Rafi, 18, an Aleem examinee from Feni's Sonagazi Fazil Madrasa, was set on fire by some fellows in the morning of April 6 as she refused to withdraw a case filed against the madrasa principal, Sirajuddoula, for sexual harassment.

She succumbed to her injuries at the Burn Unit of Dhaka Medical College Hospital on the night of April 10.

A case was filed with Sonagazi Police Station on April 8 in this connection.