Risingbd Desk: Older women are at most risk of contracting Lyme disease, a study suggests - and parts of southern and south-west England are "hotspots".

There are around 3,000 cases of the disease - a bacterial infection carried by ticks - each year in the UK.

But experts say everyone should become aware of the characteristic bulls-eye rash and flu-like symptoms.

Of all the cases identified in the BMC Public Health study, 60% were women or girls.
New cases peaked between six and 10 years old and between 61 and 65.

Almost all the 1,877 patients who gave information were white.

The highest incidence of the disease - which is conveyed by ticks, most commonly in grassy and wooded areas - were in south-west England.

Purbeck, in Dorset, topped the list with 3.13 cases per 100,000 annually, followed by the New Forest, and East Dorset.

There are thought to be around 200 cases of the infection each year in Scotland.
Dr John Tulloch, from the NIHR Health Protection Research Unit in Emerging and Zoonotic Infections, who led the study, said the rise could reflect greater awareness among both the public and doctors.

And he said the higher numbers of older white women affected could at least partly be down to the fact they were the most likely to seek medical advice.

"This highlights that while Lyme disease poses a risk across both countries, for the majority of people the risk is likely to be very low." 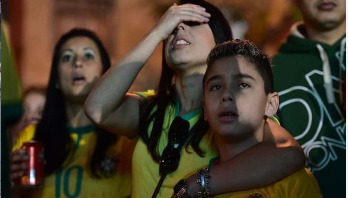