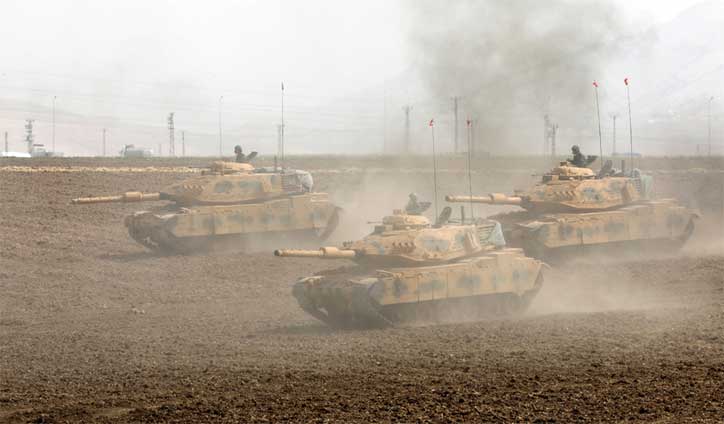 Turkey will block a NATO plan to defend Baltic countries unless the alliance recognises a Kurdish militant group as terrorists, President Recep Tayyip Erdogan said on Tuesday before a London summit.

The NATO meeting, marking the alliance's 70th anniversary, was set to be a tense affair with Turkey at odds with other members over its purchase of Russian missiles and recent offensive in northern Syria -- among other issues.

Nato has mooted a plan to bolster the defences of Poland, Estonia, Lithuania and Latvia against a potential attack from Russia, though details remain unclear.

Erdogan said he had spoken to Poland's President Andrzej Duda on Monday and would discuss the YPG issue with Poland and the Baltic countries in London.

"With joy, we will come together and have talks on this issue," Erdogan said at a press conference in Ankara before boarding the plane.

"But if terror organisations whom we fight against are not accepted by NATO friends as terror groups, sorry but we will be against all steps to be taken there."

The YPG is closely linked to the Kurdistan Workers' Party (PKK), which has waged a bloody insurgency against Turkey since 1984 and is designated a terrorist organisation by Ankara and its Western allies.

But Western countries have used the YPG as a frontline force against the Islamic State group (IS) and opposed Turkey's offensive against them in October.

Erdogan hit out last week at French President Emmanuel Macron for his criticism of the offensive, saying he was suffering from "brain death".

He is due to take part in a four-way summit on Syria with leaders of France, Germany and the United Kingdom during the visit.

There are also tensions over Turkey's recent purchase of the S-400 missile defence system from Russia, which could lead the US to impose economic sanctions.

"Our good relations with Russia and other countries is not an alternative to our relationship with our allies. It's the opposite: it is complementary," Erdogan said.