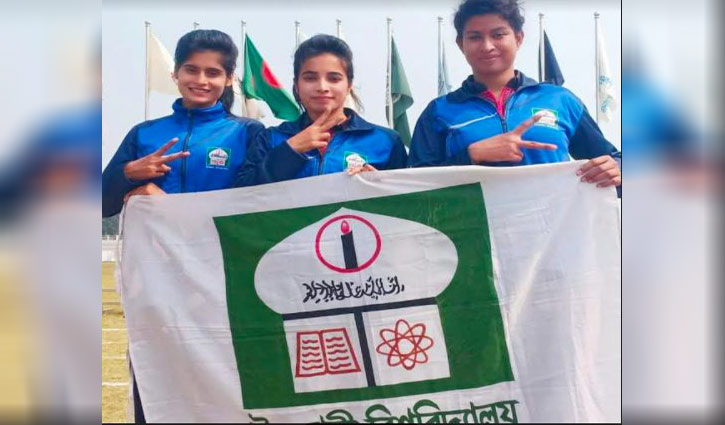 Three athletes of Islamic University in Kushtia have won gold and bronze medals in 'Bangabandhu 9th Bangladesh Games -2020 held in the capital on Monday.

The three athletes are-- Jafrin Akhter, Anika Rahman Tamanna and Rinki Khatun. They all are the students of Islamic History and Culture department of the university.

Asad said, ‘This is a matter of pride for our university.’ Our players are bringing success to the university at home and abroad. I hope this will continue,’ Asad added.

Bangladesh Olympic Association (BOA) organised the event on the occasion of the birth centenary of Father of the Nation Bangabandhu Sheikh Mujibur Rahman and the golden jubilee of the country's independence.

A total of 5300 athletes are vying for the 1271 medals in 378 events of 31 disciplines across seven divisional cities and in the capital.