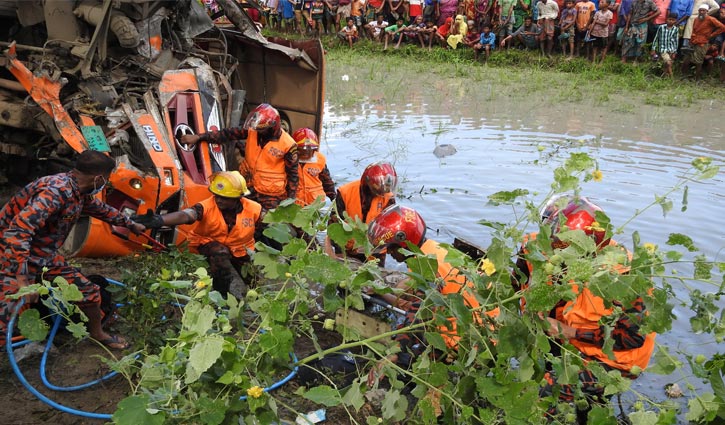 At least four people have been killed and 25 others injured in a road crash occurred among two buses and a microbus in Magura.

The incident took place at Maghir Dhal area on Magura-Jashore highway around 4:00pm on Friday (September 18).

Of the dead, Sekandar of Narsingdi and Supervisor Aminul of Chakladar Paribahan were identified. The others could not be known immediately. Rescue effort was continuing till the report was filed around 6:00pm.

Dr Amar Prasad, a physician of Emergency Department of Magura Sadar Hospital, said, “Of the injured, several were in critical condition. Of them, 4 were sent to Faridpur Medical College and Hospital.”