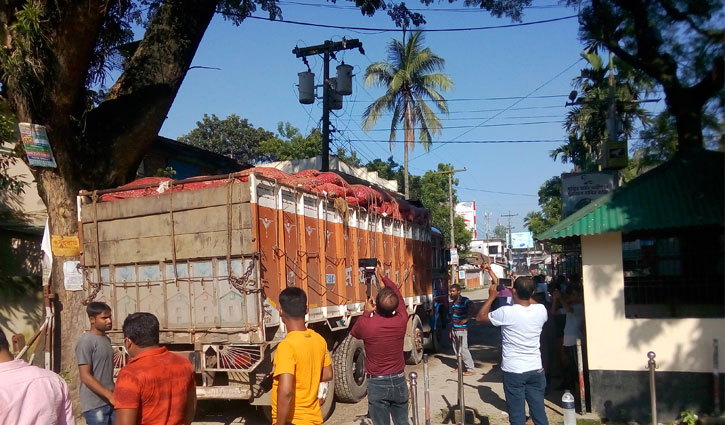 The trucks entered Bangladesh through Panama port of the land port around 3:30pm on Saturday (September 19). But importers claimed that some of onion in these trucks damaged.

Harun-Ur-Rashid, President of Hili land port Import-Export Group, said, “Indian government allowed to import onion against LC made before September 14. So, 246 metric tons of onion is being imported through Hili land port on Saturday. Some of onion damaged due to stranding at the border for the last five days, falling us in loss financially. Hope, the rest 10,000 metric tons onion will be imported gradually.”