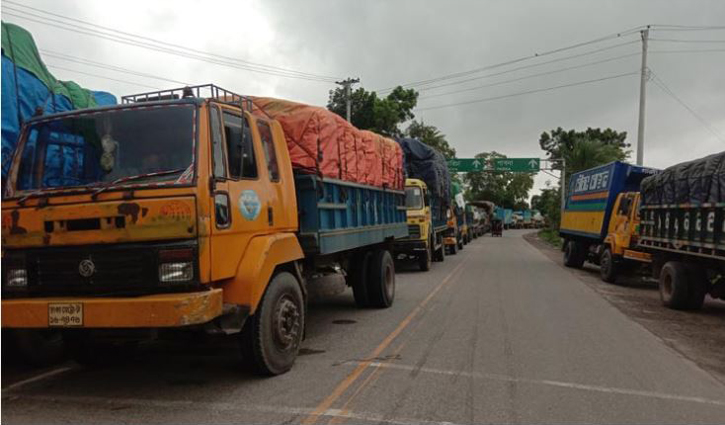 More than 300 trucks loaded with goods were seen waiting in queues at Paturia-Daulatdia ferry terminal to cross the Padma river as pressure on Paturia-Daulatdia route has increased from Monday (Sept 21) night.

Firoj Kabir, Officer-in-Charge (OC) of Shibalaya Police Station, confirmed the matter around 11 am on Tuesday (Sept 22).

Buses and private cars are being transported on priority basis as a result many trucks have been struck at the ferry terminal, according to sources at the spot.

14 ferries are being operated but many trucks loaded with trucks are waiting in queues to cross the river, said Md Salam Hossain, manager of Paturia Ferry Ghat of Bangladesh Inland Water Transport Corporation (BIWTC).