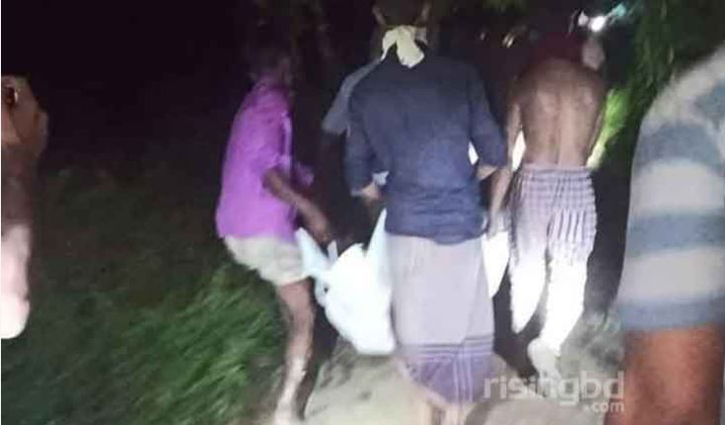 Police have recovered the body of a missing housewife who was buried under the soil of her father-in-law's yard in Maheshkhali upazila of Cox's Bazar.

The body was recovered from Uttar Nalbila area under Kalarmarchhara union of Maheshkhali upazila on the night of Saturday (October 17).

The deceased Afroja Begum, 24, was the wife of Rakib Hasan Bappi of the area. Bappi is a lecturer at Badarkhali Degree College in Chakaria upazila.

OC Abdul Hai said Afroja Begum went missing from her father-in-law's house on October 12.  Afroja’s father Md Ishak filed a complaint with the police station accusing Bappi and three others in this connection.

Police and relatives of Afroja searched her at different places but could not find her anywhere.

Acting on a tiff-off, police dug up the soil of her father-in-law's yard on Saturday night and found that Afroja was buried there after killing.

Quoting relatives of Afroja, the OC said Bappi married Afroja nine months ago which was the second marriage for both. After marriage, Bappi developed a communication with his first wife divorced earlier, causing an untoward situation between them.

The body was sent to Cox’s Bazar Sadar Hospital for autopsy, he added.