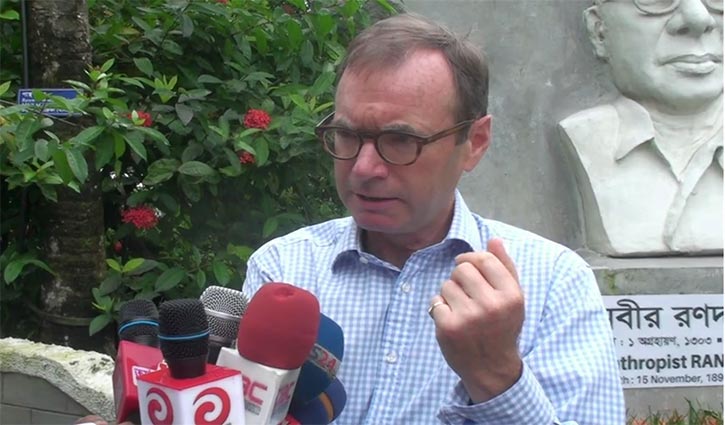 He said, “Works are underway to find out what other steps can be taken internationally to expedite the repatriation of Rohingyas.”

British ambassador said this after visiting Durga Puja idol at Kumudini Medical College in Mirzapur and at the house of Ranada Prasad Saha in Tangail on Sunday (October 25) noon.

Robert Dickson said, “Meetings with the United Nations, the European Union and the United States have made progress in discussing how to further support the Rohingyas and for their speedy repatriation.”