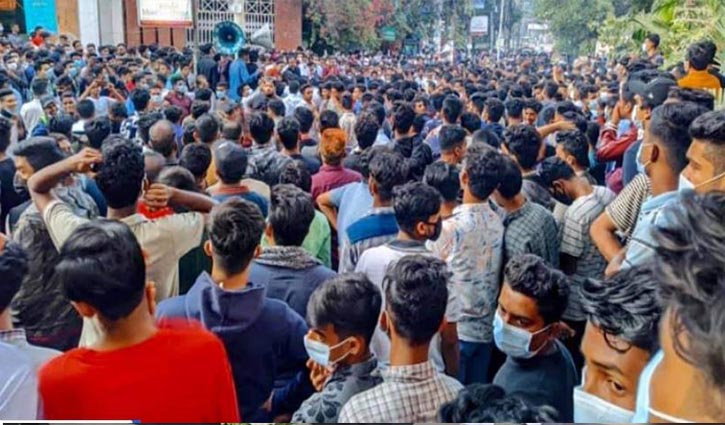 Leaders and activists of Chhatra League have taken position on the road at the entrance of Shah Amanat International Airport  and Hathazari in Chattogram from Friday morning to resist leader of Hefazat-e-Islam Maulana Mamunul Haque.

Leaders and activists of Chattogram University unit of Chhatra League have taken position at Hathazari upazila to resist Mamunul Haque, who is scheduled to attend a Tafsirul Quran Mahfil in the upazila after Jumma Prayers today.

Earlier, BCL leaders and activists declared, from a rally organised in front of Chattogram Press Club yesterday afternoon, the resistance programme against Mamunul in Chattogram following his derogatory comments on Bangabandhu's sculpture.