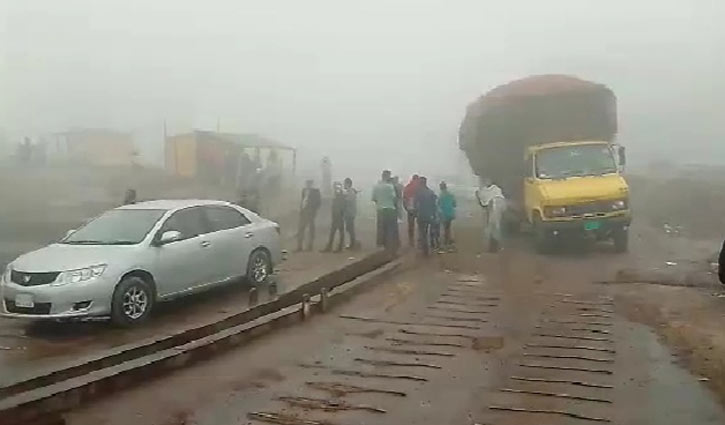 Authorities have suspended ferry service on Paturia-Daulatdia river route to avoid accidents as the lights of the ferry marking lamp became dim in the thick fog.

Due to the suspension of ferry service on the route, around 450 vehicles including bus, truck and private car were seen stranded on the roads adjacent to the Paturia and Daulatdia ferry terminals waiting to cross the Padma rive since midnight.