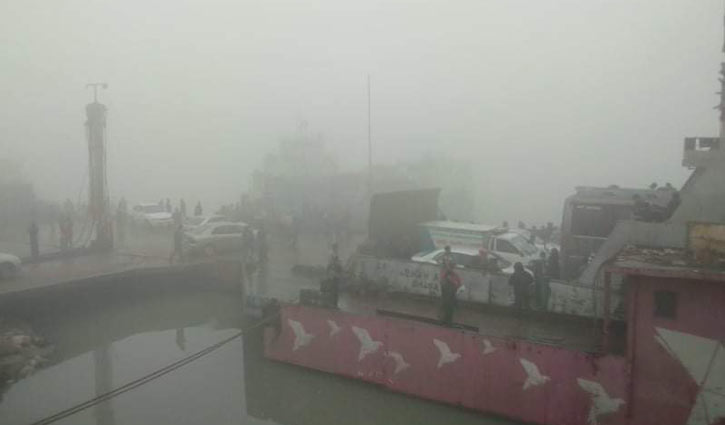 The ferry services on Paturia-Daulatia river route resumed this morning after ten hours of disruption due to heavy fog.

DGM Zillur Rahman said ferry service on Paturia-Daulatdia river route was suspended on Sunday night to avoid accidents as the lights of the ferry marking lamp became dim in the thick fog. But the service on the route resumed around 10:00 am as the intensity of fog reduces.

Several hundred vehicles including bus, truck and private car are still in queues on the roads adjacent to the Paturia and Daulatdia ferry terminals waiting to cross the Padma river, he added.