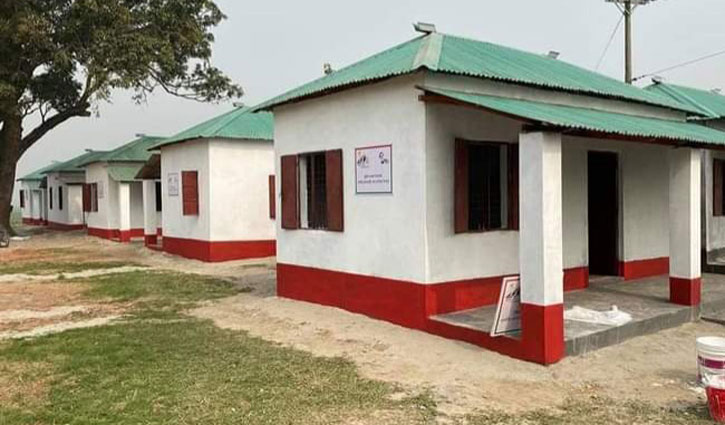 A total of 70 homeless families who belong to Sreenagar upazila of Munshiganj district are going to receive gifts from Prime Minister Sheikh Hasina under a project titled ‘Asrayan-2’.

Sources said under the project, the poor and homeless families will receive homes as a present from the government on the occasion of the birth centenary of Bangabandhu Sheikh Mujibur Rahman.

Prime Minister Sheikh Hasina is expected to formally inaugurate the distribution programmes of homes among the poor, landless and homeless people on January 23.

Sreenagar Upazila Nirbahi Officer (UNO) Rahima Akter said, “A total of 70 homes are being constructed under a project titled ‘Asrayan-2’ at the initiative of the Prime Minister. The construction work of those homes is at final stage under the supervision of the upazila administration.”