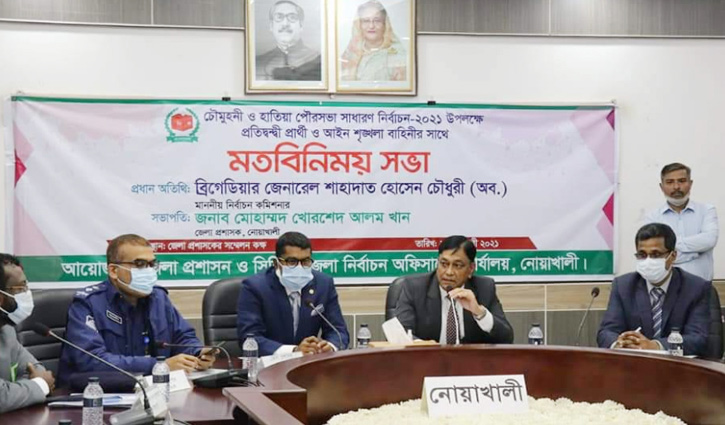 Election Commissioner Brigadier General (retd) Shahadat Hossain Chowdhury has said that it is possible for the Election Commission (EC) to conduct 100 perecent free, fair and neutral elections with cooperation of candidates.

He was speaking as the chief guest at a view exchange meeting with candidates and law enforcement agencies on the occasion of Noakhali’s Chaumuhani and Hatia municipal elections to be held on January 30.

On Monday (January 25), Deputy Commissioner Mohammad Khorshed Alam Khan was the special guest at the meeting chaired by the District Superintendent of Police Alamgir Hossain.

The meeting was also attended by district election officers, law enforcement officers and mayoral and councillor candidates of Chaumuhani and Hatia municipalities.

At the meeting, the candidates expressed their views. Later, the officials advised the candidates to abide by the election code of conduct properly for the purpose of holding free, fair and neutral elections.