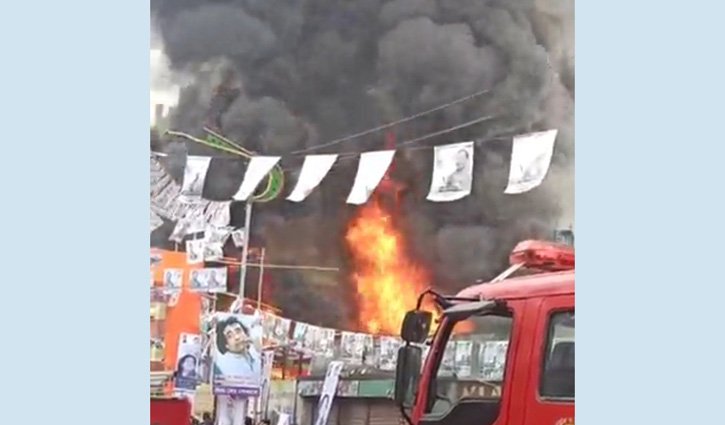 A fire broke out at a cocksheet and foam making factory in Nitaiganj area of Narayanganj.

The fire originated at the factory at 10:24 am on Wednesday (January 12). Six firefighting units are working to douse the fire.

Shariful said, “We received information that a fire broke out at the factory at 10:24 am. Then, six firefighting units went to the spot and are still working to extinguish the fire.”

He, however, said the cause of the fire and the extent of damage have not been immediately ascertained.