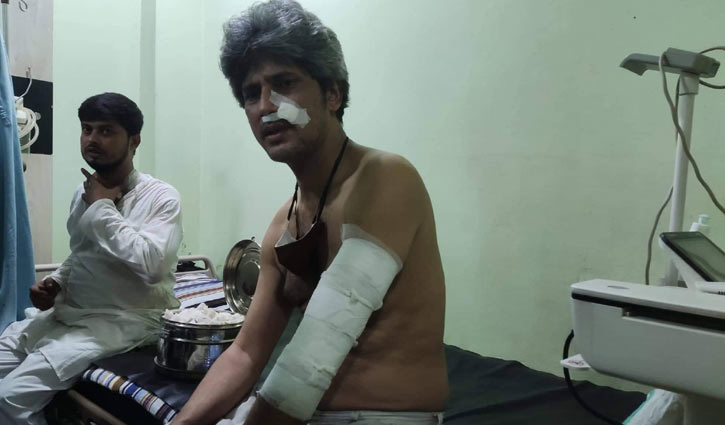 Ganasanghati Andolon Chief Coordinator Zonayed Saki was injured in an attack carried out by miscreants in Chattogram Medical College Hospital.

The political person went to visit ailing burned victims of Sitakunda fire around 6:00pm on Tuesday after noon (June 7).

Meanwhile, some unidentified youths attacked him in front of ward number 26 at the hospital, leaving him injured. Later, he was taken to a privet hospital for treatment.