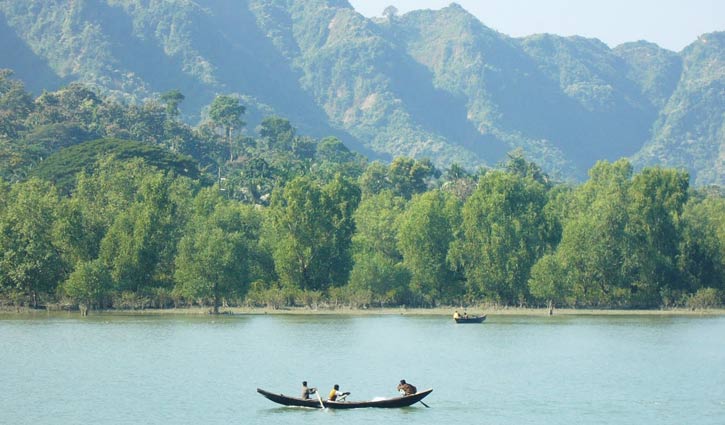 Hoikkyong Kanjarpara area was shaken by frequent sounds of mortar shells one after the other early morning on Monday (September 26), creating extreme panic among locals.

Shah Jalal, chairman of the panel of Hoikkyang Union Parishad, said, “Sounds of heavy weapons were heard on the border area of Kanjarpara Borofishari. Fishermen are not going to work on border areas including Naf river because of heaving sounds of firearms. Not only in Kanjarpara, but also shelling sounds were heard in different places of Hoikkyong.”

Kalu Majhi, a fisherman from Unchiprang area, said, “I was fishing next to Naf river in the morning. At that time something like a bomb exploded in that area (inside Myanmar). As soon as I heard the sound, I fell from the boat.”

However, no statement has yet not found from BGB or law enforcement agencies regarding sounds of gunfire on Teknaf border.