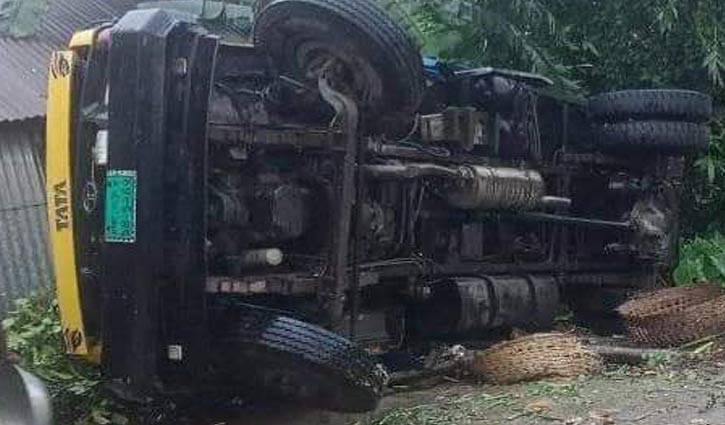 Four people were killed and five others injured after being run over by a truck at Raipura upazila in Narsingdi district on Sunday (October 2) morning.

Two of the deceased were identified as Siddique Abul Kalam, resident of Raipura upazila and Siddique, resident of Belabo upazila in the district.

Officer-in-Charge (OC) of Bhairab Highway Police Station Mozammel Haque said a goods-laden truck ploughed through into a vegetable market after it crushed a CNG-run auto-rickshaw on the Dhaka-Sylhet highway in Machineghar Bus Stand area at about 6:30 am, leaving four dead on the spot and five others injured.

Two were passers-by and two others auto-rickshaw passengers among the deceased.

OC Mozammel assumed that the accident might have occurred after losing control over the steering.