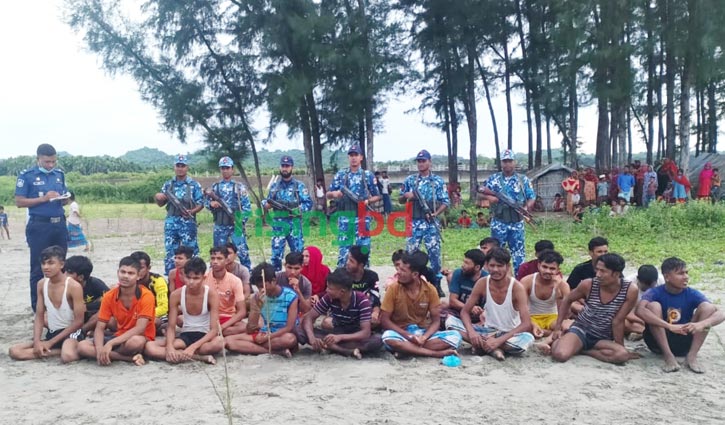 Bangladesh Coast Guard and police rescued 34 people alive, including 30 Rohingya refugees, in Teknaf of Cox’s Bazar in the early hours of today (October 4) after a Malaysia-bound trawler sank in the Bay of Bengal.

The trawler capsized near the Baharchhara area of Teknaf in Cox’s Bazar.

Among the rescued, four are Bangladeshi nationals and the remaining all are the residents of various Rohingya camps in Teknaf, Nur Mohammad said.

During the interrogation, they told the Coast Guard that they were to trying to flee to Malaysia illegally, he added.