Mismanagement over Hajj flights not expected 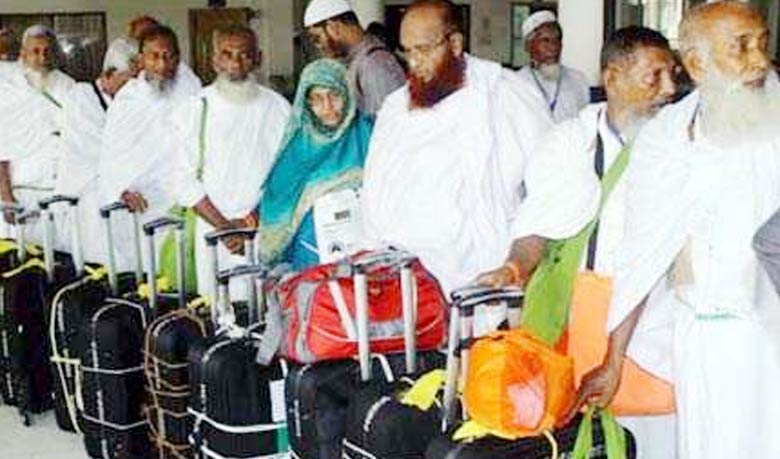 Many Hajj-aspirants might not be able to perform Hajj this year for failing to get visas in time and also for unavailability of air tickets for which they often wait in a long queue. Even they face flight cancellation, harassment while returning and mismanagement. At least 20 Hajj flights have been cancelled so far due to the crisis of passengers. A grave concern has risen among Hajj pilgrims and their relatives due to frequent flight cancellation and schedule change despite assurance from the religious affairs ministry.

Only 5,200 would perform Hajj under government management while 96,558 might perform the holy ritual under private managements in the current year. The first flight for Hajj pilgrims this year commenced on August 4, Thursday, from Hazrat Shahjajal International Airport to King Abdulaziz International Airport in Jeddah. Biman authority cancelled 9 Hajj flights within five days (August 11 to August 16) due to the crisis of passengers. More than 10,000 pilgrims could not be able to perform their Hajj as at least 20 Hajj flights have already been cancelled due to the crisis of passengers. On Saturday last, Minister of Religious Affairs and Minister of Civil Aviation and Tourism in a press briefing declared that no more flights will be cancelled. But we have seen to announce cancelling flights within a span of 24 hours. On Friday last, passengers were also seen to wait in a long queue at the airport to get their scheduled flights.

It is seen in every Hajj monsoon, the entire Hajj management holds hostage to a corrupt syndicate. Besides, there is mainly coordination problem between airlines, Hajj operators, Ministry of Religious Affairs and Saudi Embassy. The malfunctioning starts this time from the beginning of the Hajj flight. As a result, passengers have to suffer a lot. Every time the concerned ministry assures that there will be no problem in arranging Hajj flights. But we often see opposite story. Even ministry officials are also reported to be involved in the mismanagement of Hajj.

On Wednesday, the religious affairs minister assured that action will be taken against those involved in corruption and irregularities in carrying Hajj passengers. He also assured of taking action against the ministry officials if any written complaint is submitted against them. We want that the assurance of the minister come into effect. At the same time, the government should ensure all Hajj flights in time putting to an end to the anxieties of the passengers.