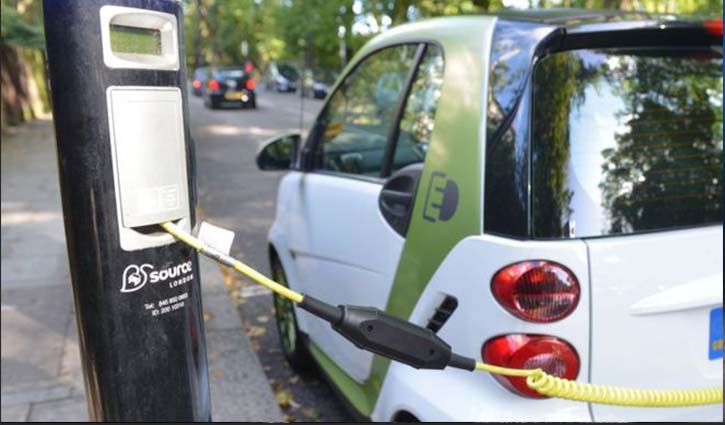 The last date to buy a new petrol, diesel or hybrid car in the UK will be brought forward from 2040 to 2035, under government plans.

The change is being made to help Britain achieve virtually zero carbon emissions by the middle of the century.

The policy will be unveiled at an event to launch Glasgow's hosting of a United Nations climate summit in November.

But it could be overshadowed by a blast from the summit's former head, who was recently sacked by the prime minister.

In a bitter retaliatory letter, Claire O’Neill accused Boris Johnson of promising money and people to support her work, but failing to deliver either.

The former Conservative government minister said: “The cabinet sub-committee on climate that you promised to chair, and which I was to attend, has not met once.

“In the absence of your promised leadership… departments have fought internal Whitehall battles over who is responsible and accountable for (the conference)”.

Downing Street has not yet replied to her accusations but Mr Johnson will hope that the letter will be trumped by the appearance of Sir David Attenborough at the launch event for COP26.

The prime minister will say the government plans will bring an end to the sale of new petrol and diesel cars even earlier than 2035, if possible.

Hybrid vehicles are also now being included in the proposals, which were originally announced in July 2017.

The change, which will be subject to a consultation, is being planned because experts warned the previous target date of 2040 would still leave old conventional cars on the roads after the clean-up date of 2050.

COP26 is this year's meeting of the annual UN-led gathering set up to assess progress on tackling climate change.

Mr Johnson is expected to say: “Hosting COP26 is an important opportunity for the UK and nations across the globe to step up in the fight against climate change.

“As we set out our plans to hit our ambitious 2050 net zero target across this year, so we shall urge others to join us in pledging net zero emissions.

“There can be no greater responsibility than protecting our planet, and no mission that a Global Britain is prouder to serve.

“It will be the year when we choose a cleaner, greener future for all.”

Mrs O’Neill differs. She says at this stage, the UK should have clear actions to communicate to the diplomatic network, an agreed plan of ministerial international engagements led by the prime minister, and a roadmap for the Year of Action. “As of last Friday, we did not,” she regrets.

One source close to Mrs O’Neill said: “Boris doesn’t really know anything about climate change. He pays lip service, but hasn't got a clue.”