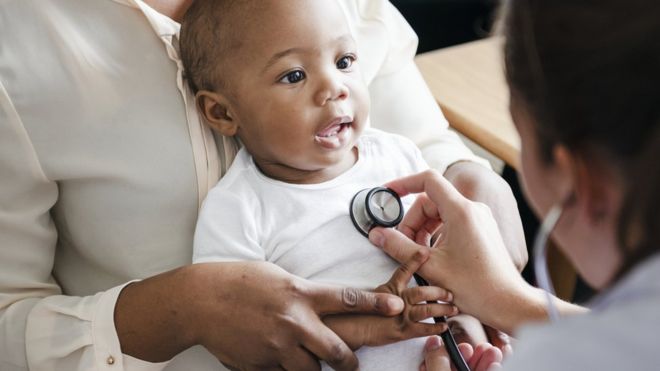 No country offers a child both the chance of a healthy upbringing and an environment fit for their future, the World Health Organization (WHO) says.

The UK was ranked among the top 10 countries in the world for the overall health and wellbeing of children.

However, it fell behind in safeguarding the environment for their future.

The report by the WHO, the United Nations Children's Fund (Unicef) and the Lancet Commission, ranked 180 countries on the likelihood of a child being able to "flourish", focusing on health and wellbeing factors such as education, nutrition and child mortality.

Countries were then also ranked on their carbon emission levels.

Some 40 child-health experts warned progress over the past two decades was "set to reverse" if radical changes were not made by governments around the globe.

"Countries need to overhaul their approach to child and adolescent health to protect the world they will inherit in the future."

The experts warned a 4C rise in global temperatures by 2100, in line with current projections, would result in "devastating health consequences" for future generations - a rise in ocean levels, heatwaves, severe malnutrition and a spike in infectious diseases such as malaria.

While the world's poorest countries were found to be among those with the lowest greenhouse-gas emissions, they were deemed most likely to be exposed to the negative impacts of climate change.

"Promoting better conditions today for children to survive and thrive nationally does not have to come at the cost of eroding children's futures globally," added Mr Coll-Seck.

In 2015, the world's countries agreed on 17 sustainable development goals (SDGs), including no hunger, zero poverty and climate action, but five years on, little progress has been made toward achieving them.

UK law dictates that, by 2050, carbon emissions will be virtually halted and any remaining emissions will have to be compensated for by activities such as tree planting.

And the government sparked industry concern earlier this month by bringing the date of a planned ban on sales of new petrol, diesel or hybrid cars forward from 2040 to 2035 in a bid to hit zero-carbon emission targets.

However, the new report placed the UK in 133rd place on providing a climate fit for future generations, with it currently on track to emit 115% more CO2 than its 2030 target.

The US and Australia were also among the worst emitters.

The report also highlighted the threat posed to children from harmful marketing.

It found they were exposed to as many as 30,000 television advertisements a year, including those for alcohol, junk food and sugary soft drinks.

One of the commission's authors, Anthony Costello, University College London professor of global health and sustainability, warned the meteoric rise in the use of social media among children and adolescents meant "predatory marketing" was more of a danger than ever.

"We have few facts and figures about the huge expansion of social-media advertising and algorithms aimed at our children," he said.

In 2019, a report estimated nearly 2.3 billion children and adults on the planet were overweight and more than 150 million children had stunted growth.

The only countries on track to beat CO2 emission targets by 2030, while also performing fairly on child health and wellbeing, were Albania, Armenia, Grenada, Jordan, Moldova, Sri Lanka, Tunisia, Uruguay and Vietnam.

The report calls for a new global movement driven by and for children, with its recommendations including: Prof Costello warned the UK's high ranking for the overall health and wellbeing of children did not mean it could "rest on its laurels," citing a predicted rise in child poverty as a warning sign.

"For almost one in every two children to be poor in 21st Century Britain is not just a disgrace but a social calamity and an economic disaster, all rolled into one," he said.

Lancet editor-in-chief Dr Richard Horton said: "This calls for the birth of a new era for child and adolescent health. It is the supreme test of our generation." 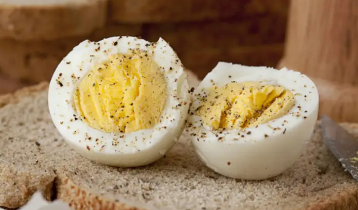