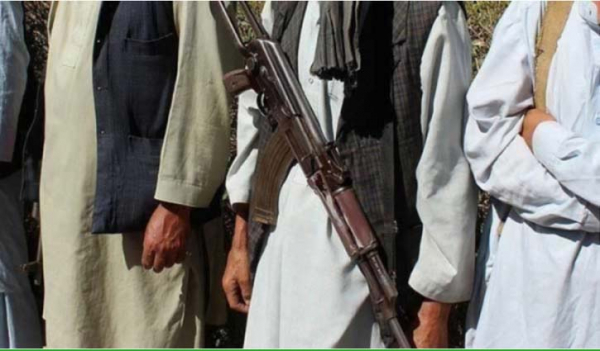 The Office of the National Security Council (ONSC) said in a statement Sunday that the Afgan government released 317 more Taliban prisoners from Parwan and other provincial prisons, bringing the total to 4,917.

The latest batch of the Taliban inmates were part of the 500 Taliban prisoners ordered free by Afghan President Ashraf Ghani on Friday in a gesture of goodwill.

The Taliban announced a surprise ceasefire during the three-day Muslim Eid al-Adha festival that started on Friday.

The Afghan government welcomed and reciprocated the move with President Ghani pledging to wrap-up the troubled prisoner swap with the Taliban and urging them to get ready for talks in a week.

The truce, which is the third official ceasefire in nearly 19 years of war, has raised hopes for peace talks to be start soon.

Since Friday, there have been no reports of major clashes between the militants and government forces.
Both President Ashraf Ghani and the Taliban have signaled that protracted peace negotiations could begin once Eid-al Adha is over.

The Taliban and the US in February signed a deal that slated Afghan peace talks to begin in March, but discussions were delayed by disagreements over terms of a prisoner swap.

The deal, which sets the stage for the withdrawal of all US-led foreign forces from Afghanistan, required Kabul to free some 5,000 Taliban prisoners in exchange for 1,000 Afghan security personnel held by the Taliban. The Taliban said they have already fulfilled their side of the exchange.