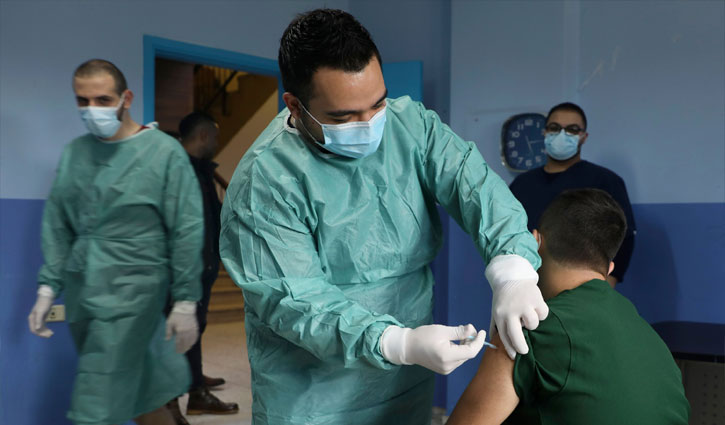 The Palestinians have received relatively few doses to date and lag far behind Israel, which has vaccinated over one third of its population in one of the world’s fastest roll-outs.

After facing criticism for not extending its campaign to Palestinians in the occupied West Bank and Gaza, Israel agreed this month to give Palestinian health officials 5,000 Moderna Inc doses. It has since handed over 2,000 of them.

In a much larger commitment, COGAT, a branch of Israel’s defence ministry, said on Sunday it would offer Moderna vaccines to the roughly 130,000 Palestinians who work in Israel or its West Bank settlements.

The program will begin within days, COGAT said.

Thousands of Palestinians who work in the Israeli service and industrial sectors had already been vaccinated privately by their employers inside Israel, said Shaher Saad, secretary-general of the Palestinian Workers’ Union.