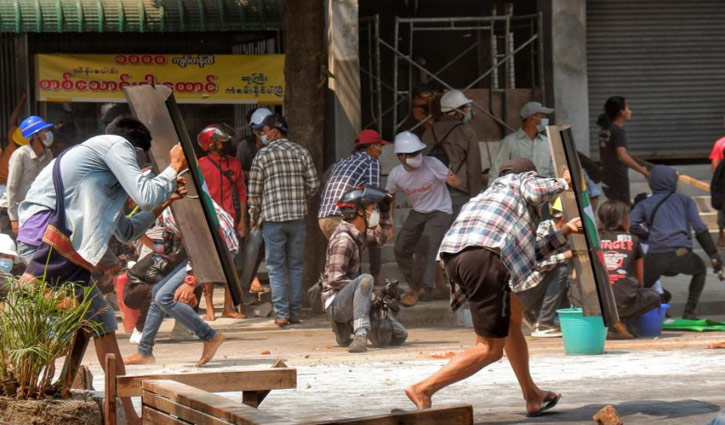 At least 18 people were killed in Myanmar as security forces opened fire on protesters on Wednesday (March 3), Reuters quoting eyewitnesses and media reports.

An eyewitness and local media reported that two people were killed in a clash at a protest site in Mandalay, the second largest city. Another man was killed in police firing in the largest city, Yangon.

Five people have been killed in police firings in the central city of Monywa, according to a local media outlet called Monywa Gadget. Another man was shot dead in Myingyan, another city in the central region, student leader Moe Myint Hein, 25, said.

He said, “They fired fresh shots on us. One person was killed, a teenager was shot in the head.”

Moe Myint himself was shot in the leg, he told Reuters over telephone.

The ruling military council was contacted but did not respond.

The military staged a coup in Myanmar on February 1.