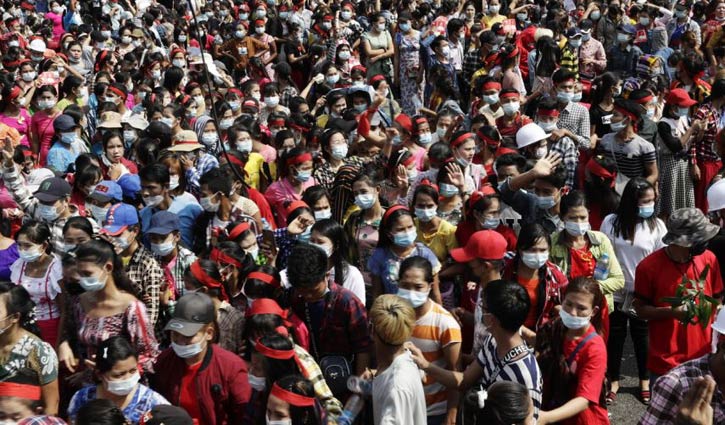 An alliance of influential worker unions in Myanmar has called for an extended nationwide strike starting on Monday, with the intention of causing the “full, extended shutdown” of the country’s economy in an attempt to stop a military coup.

In a statement, nine labor organizations called on “all Myanmar people” to stop work in an effort to reverse the seizure of power by the military, which overthrew the civilian government on Feb. 1.

“But even more importantly it opens the door and increases the likelihood that many more from the private sector will answer the call in the days and weeks that follow… This is a strategy that could actually plausibly really pressure the military,” he said.

A spokesman for the military junta did not answer phone calls seeking comment.