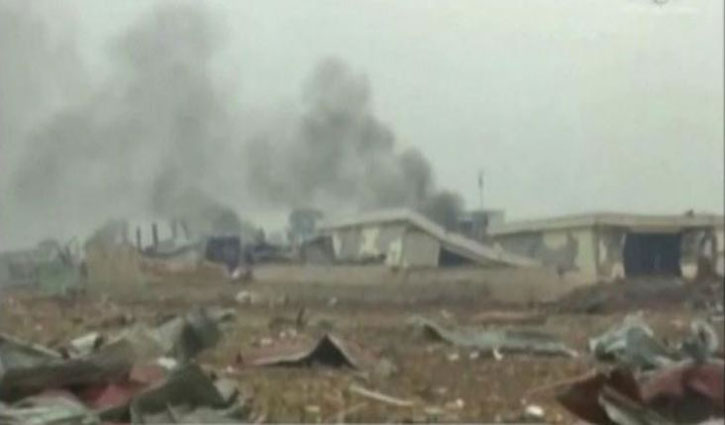 At least 20 people have been killed and over 600 wounded in a series of powerful explosions at a military base in Equatorial Guinea’s largest city of Bata, according to officials.

In a statement on national television, President Teodoro Obiang said the blasts on Sunday were caused by negligence related to the use of dynamite at the military base. No other details were immediately available.

Obiang, who has ruled Equatorial Guinea since 1942, said at least 20 people were killed and 600 wounded in the explosions.

Local television showed groups of people pulling bodies from piles of rubble, some of which were carried away wrapped in bedsheets. There were also media appeals for people to donate blood, saying hospitals are overwhelmed.

Pick-up trucks filled with survivors, many of whom were children, drove up to the front of a local hospital where some victims were filmed lying on the floor.

In the blast area, iron roofs were ripped off half-destroyed houses and lay twisted amid the rubble. Only a wall or two remained of most houses. People ran in all directions, many of them screaming.