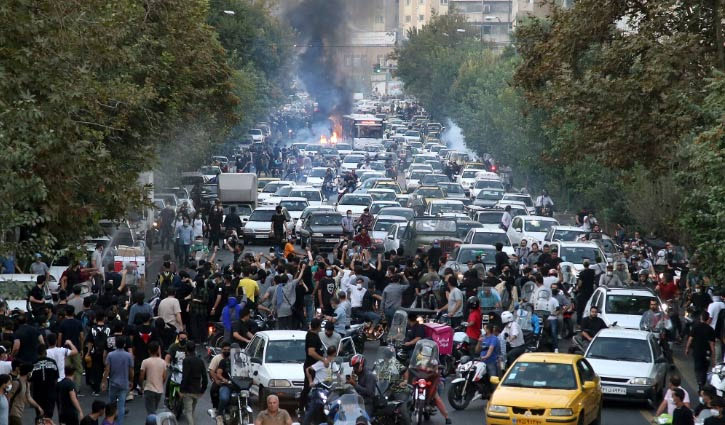 In Iran, at least 50 people killed as a massive anti-hijab protest continued in the country following the custodial death of a 22-year-old woman Mahsa Amini after being detained by the official moral police.

Iran Human Rights, an Oslo-based organization, said this on Friday.

The street violence has spread to 80 towns and cities, it also said.

Thousands demonstrated across Iran on Friday at government-backed pro-hijab counter rallies, after a week of bloody protests over the death of a woman arrested for wearing the Islamic headscarf “improperly.”

As part of the crackdown, Iran has imposed tough restrictions on the use of the Internet in a bid to hamper protesters gathering and stop the flow of images of the backlash from reaching the outside world.

The US announced Friday it was easing export restrictions on Iran to expand Internet services, days after SpaceX owner Elon Musk said he would seek an exemption from sanctions to offer his company’s Starlink satellite service in the Islamic republic.