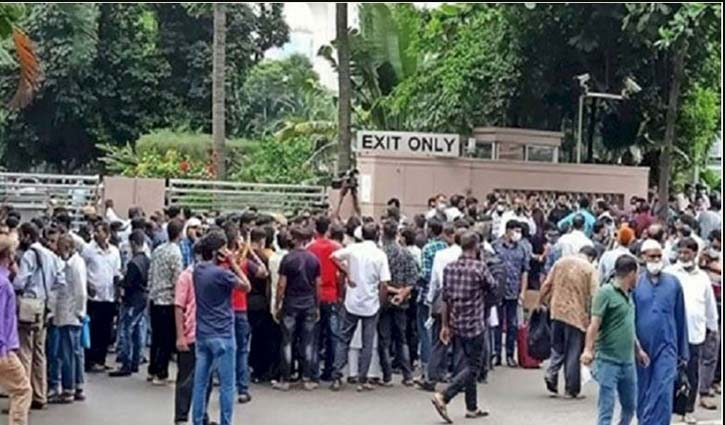 Saudi expatriates have gathered in front of Saudi Airline office in Karwan Bazar in the city from Friday morning for having their air tickets confirmed to go back to Saudi Arabia.

On Friday (September 25) morning, a crowd of ticket seekers was seen at the airline office at Hotel Sonargaon.

However, huge number of policemen has been deployed in the area so that expatriates do not block the roads.

According to Saudi Airlines sources, the serial system has already been announced for the distribution of tickets. But passengers besides the scheduled date ticket holders have crowded. Even ticket seekers are crowding the Biman office at Motijheel in the city.