Bijaya Dashami, the concluding day of the five-day Sarodia Durga Puja, the biggest religious festival of the Hindu community, is being celebrated in the country today (Monday).

With solemn immersion of Goddess Durga, the puja will come to an end today in the capital as elsewhere across the country.

Durga Puja started on Thursday (October 22) through Chandipath, Bodhon and preparing the    Goddess's abode, following the health and hygiene rules.

This year, the goddess is said to come in the cradle, and will ride on the elephant on her way to the heaven.

Various religious ceremonies were shortened this year to avoid infection amid the coronavirus epidemic.

Earlier, several prohibitions were also issued including closing the puja mandaps after the evening arati. The distribution of prasad and the procession of Bijaya Dashomi were banned to avoid public gatherings.

Due to the corona epidemic, the Bangladesh Puja Udjapan Parishad had earlier announced the arrangements for live telecast of paying homage the goddess on television and Facebook.

Devotees were also invited to pay homage at home. Responding to that call, this time many devotees sit at home and receive puja anjali every day. 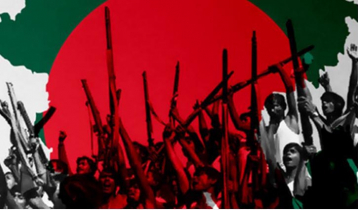