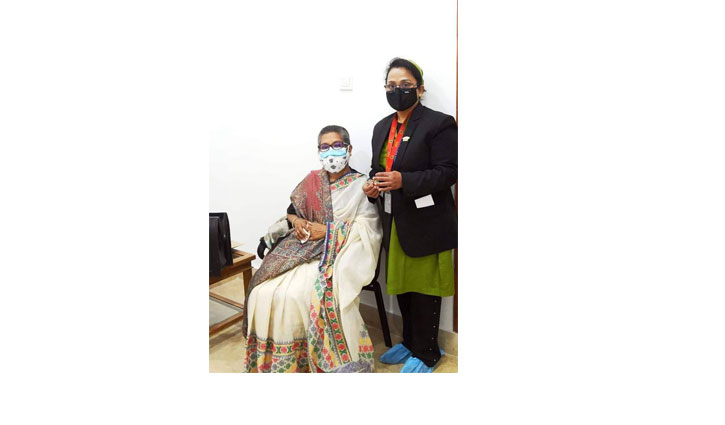 She took the vaccine at a hospital in the capital on Wednesday (February 24).

Registration for vaccination started from January 27 while the mass immunization programme began on February 7 across the country.