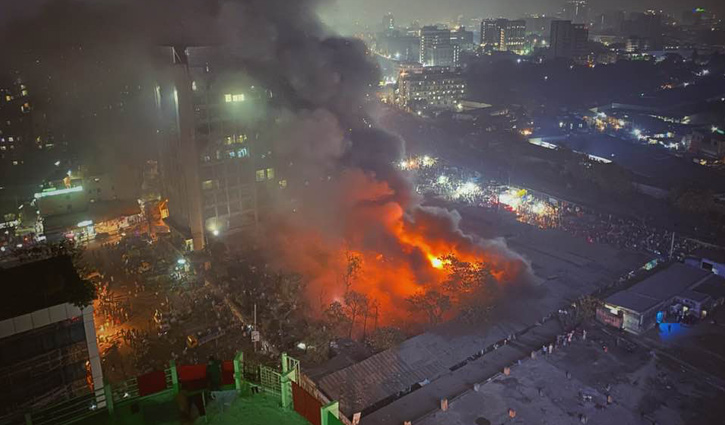 A fire that broke out at a market in Dhaka's Karwan Bazar on Saturday (February 27) night was brought under control.

On information, eight firefighting units rushed to the spot and brought the blaze under control around 10:10 pm.

Earlier, the fire originated at 9:08pm at Hasina Market.

Locals said panic spread among the people in the area. Traders were seen to save their goods in the market.

The cause of the fire could not be known immediately.