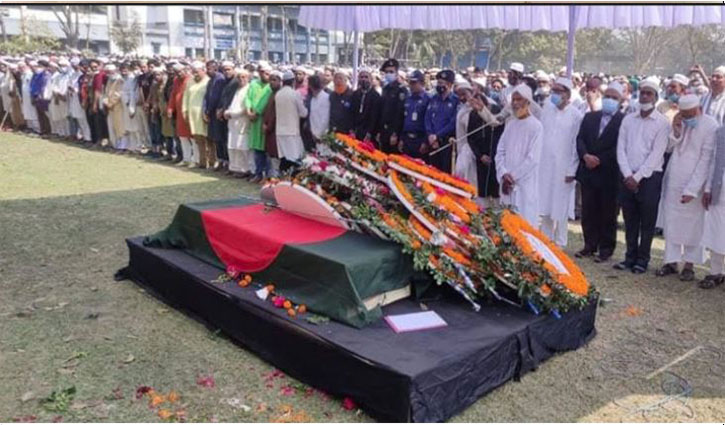 The body of honorable Prime Minister’s political affairs adviser was taken to Ullapara upazila by a helicopter on Thursday morning.

The body of HT Imam will be kept at the Central Shaheed Minar from 1.30pm to 3.30pm so that people from all walks of life can pay their homage to him.

HT Imam, who breathed his last in the early hours of Thursday at the age of 82, will be laid to eternal rest with state honor at the Banani Graveyard in the city after Asr prayers.

According to the burial plan, from the Shaheed Minar, the body will be taken to Gulshan Azad Masjid where the second namaz-e-janaza will be held after Asr prayers.

Later, the Dhaka district administration will offer guard of honor to him at the Banani graveyard before his burial.

HT Imam breathed his last around 1:00am at the Combined Military Hospital (CMH), Dhaka where he was being treated for various age-related complications, including kidney disease.