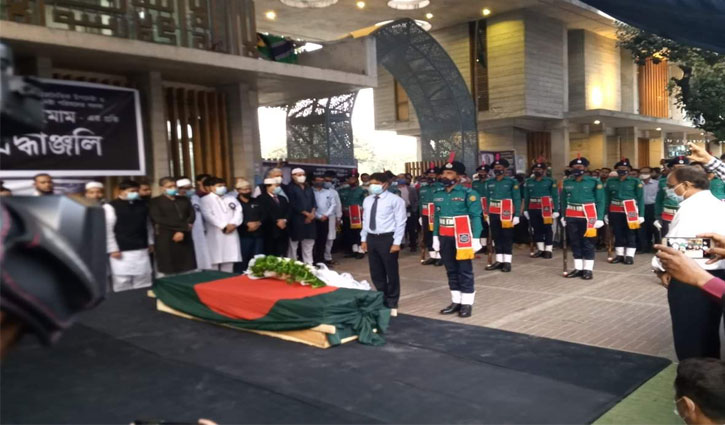 After the second namaz-e-janaza at Gulshan Jame Masjid and guard of honor, he was buried at the graveyard.

HT Imam breathed his last around 1:00am at the Combined Military Hospital (CMH), Dhaka where he was being treated for various age-related complications, including kidney disease.