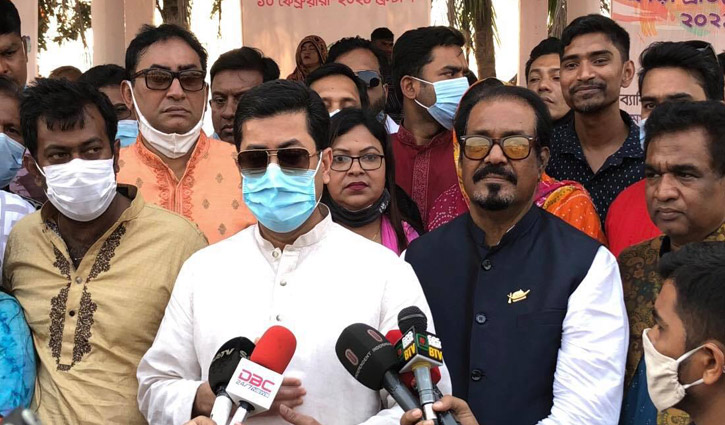 The DSCC mayor came up with the promise while talking to reporters on Friday (March 5) afternoon at Karim Jute Mills ground in Demra after enjoying a football match of the third round of inter-ward sports competition.

Barrister Sheikh Taposh said, “We want our boys to return to fields and play. But we see that there is not enough space for sports in every ward. Along with inter-ward sports competitions, we have taken initiative to make playgrounds in each ward. We have already recovered some places in a few wards and taken steps to make these playable. Despite a little hardship, we are hopeful that we will gradually succeed. If necessary, we will acquire land and build a playground for our children in every ward.”

He added, “We have organized an inter-ward sports competition on the occasion of Mujib Year. This has caused a great stir in Dhaka.

Replying to a query to reporters, the DSCC mayor said, “Mosquito infestation has started to decrease by the initiatives we have taken.”