Coinciding with the ‘Mujib Year’, Prime Minister Sheikh Hasina has inaugurated 50 model mosques simultaneously across the country with an aim to preach the true message of Islam in order to eliminate religious misconceptions.

The Prime Minister formally inaugurated the mosques through videoconferencing from her official residence Ganabhaban in the capital at 10.30am on Thursday (June 10).

Besides, 100 more model mosques will also be inaugurated by the end of this year marking the birth centenary of Father of the Nation Bangabandhu Sheikh Mujibur Rahman.

Some 50 mosques are being prepared under the landmark 560 model mosque considered to be the world’s largest mosques project for inauguration in September under the second phase and another 50 will be opened in December under the third phase.

Imbued with the spirit of Islam and following the footsteps of Father of the Nation, Prime Minister Sheikh Hasina has come up with the idea of constructing the 560 model mosques across the country at the cost of Taka 8,722 crore. 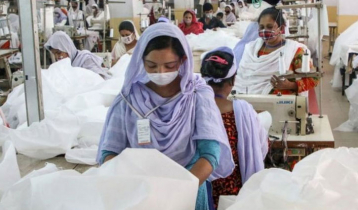