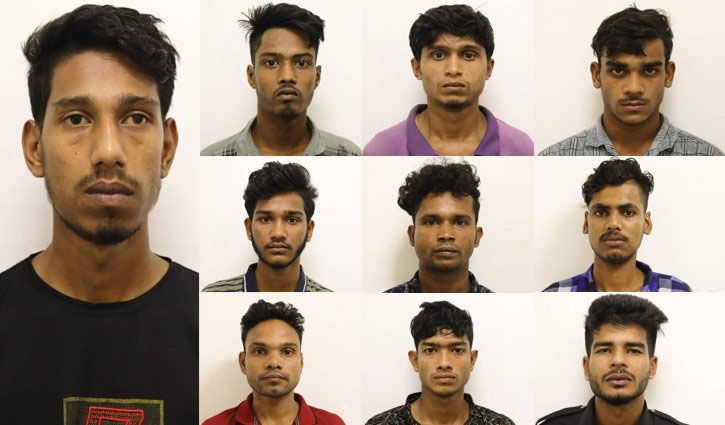 RAB members have arrested 10 robbers including main culprit Raton Hossain in connection with the case of gang-rape and robbery on a moving bus in Tangail. A total of 13 robbers participated in the incident.

Commander Khandaker Al Moin, chief of RAB’s legal and media wing, said this at a press briefing at its media centre in the capital’s Karwanbazar on Monday morning.

Md Raton Hossain informed about the proposal to Raja Mia before the robbery incident. Later, he informed the other members. As per their plan, on August 2 night they collected some native weapons.  Raton bear the all expenditure.

Raja took the wheels after blindfolding and tying up the driver and others of the Eagle Paribahan bus which was heading towards Narayanganj from Kushtia on last Tuesday night.

The bus was carrying around 24/25 passengers.  The robbers boarded the bus when it made a stopover at a hotel in Sirajganj. The robbers raped a female passenger after looting the bus.