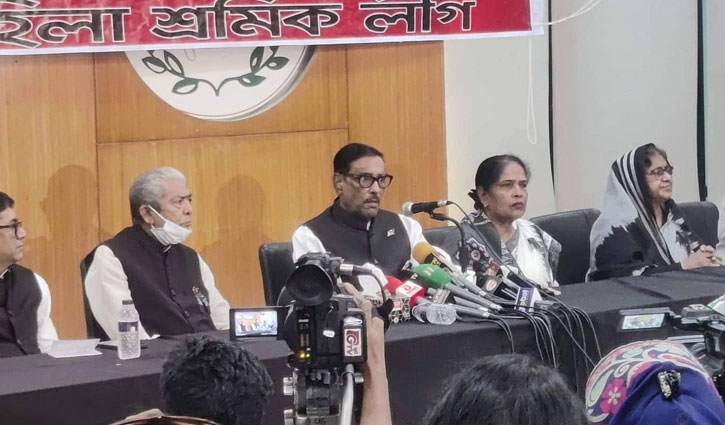 Awami League General Secretary Obaidul Quader on Saturday (August 13) said that Prime Minister is spending sleepless nights as she is trying sincerely to give her people relief from this crisis.

The AL leader said this while addressing a program at Awami League central office in the capital on Saturday (August 13).

He said, "Today, the people of Bangladesh are facing hardship due to the negative impact of global crisis. The price of many commodities has gone up. But the premier (Sheikh Hasina) is spending sleepless nights as she is trying sincerely to give her people relief from this crisis. In continuation of that, the government is giving its relentless efforts to overcome the crisis."

"We wanted cooperation (to deal with the crisis). The whole world has extended its hand of cooperation whereas they (BNP leaders) are hatching conspiracies to oust the government in Bangladesh," he added.