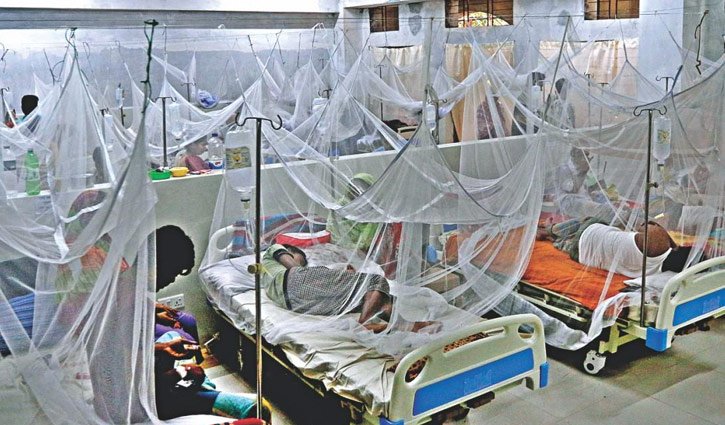 At least three more dengue patients died in 24 hours till Monday morning, raising this year’s death toll from the mosquito-borne disease in Bangladesh to 61.

During this period, 525 more patients were hospitalised with the viral fever as cases have continued to increase, according to the Directorate General of Health Services.

The latest deaths were reported from Dhaka and Chattogram divisions. The dengue death toll in Barishal division remained unchanged at 5.

Of the new patients, 352 were admitted to different hospitals in Dhaka and 173 outside it.

A total of 2,144 dengue patients, including 1,598 in the capital, are now receiving treatment at hospitals across the country.

On June 21, the DGHS reported the first death of the season from the viral disease.