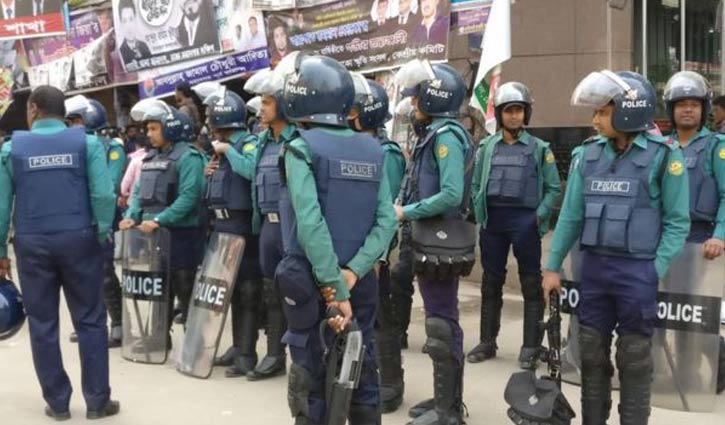 Police are on high alert in the capital to avert any subversive activities centering on the BNP’s Dhaka rally on December 10.

Surveillance has already been stepped up to prevent any arms and explosives from entering the city before the rally, law enforcement officials said.

Checkposts have been set up at the entry of the capital, Nayapaltan and its adjacent areas so that no one can enter the capital without showing any legal cause. Such a step has been taken so that nobody can carry out any subversive or violent activities in the name of movement, they said.

Paltan Police Station Officer-in-Charge (OC) Salahuddin Mia said, “Checkposts have been set up in Nayapaltan and its adjacent areas to avoid recurrence of Wednesday’s incident. People are being barred from entering this area if they fail to show any valid reason.”