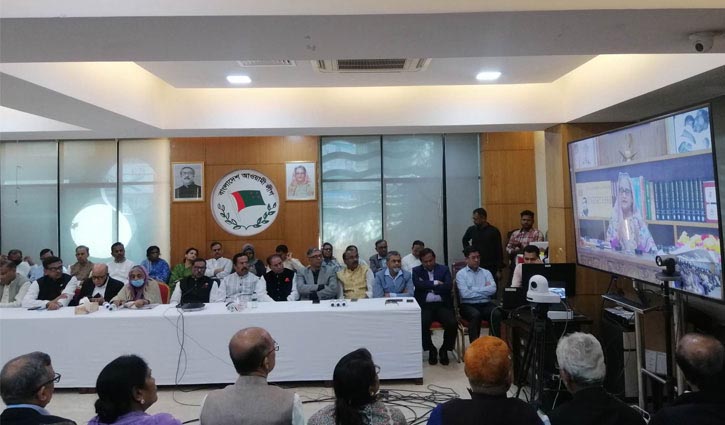 Prime Minister and Awami League President Sheikh Hasina has urged the party leaders, workers and supporters to remain alert and become ready so that anyone can create anarchy and harm people.

The Prime Minister made the call on Thursday (December 8).

Sheikh Hasina said, “We will not allow anyone to play with people’s fate. We have endured a lot. There is no forgiveness if people come under attack”.

“We know the democracy of the countries who talk about democracy. People are killed every day in their countries. We have to learn democracy from them. Democracy and development will continue in Bangladesh”, she said.