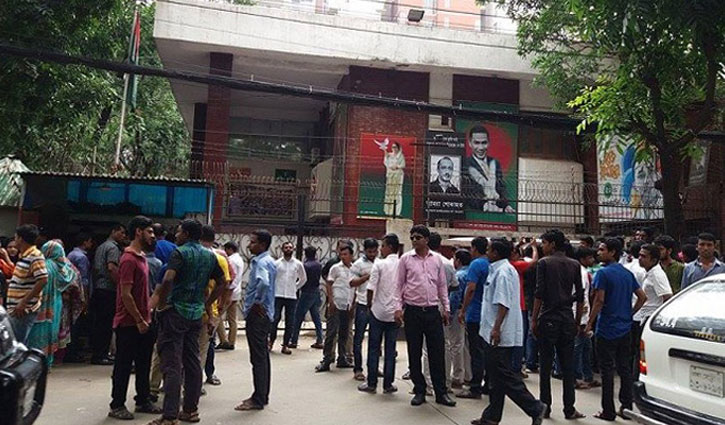 At least 12 people were injured in a clash between two groups of BNP in front of its Chairperson’s Gulshan political office in the capital on Saturday (September 12) afternoon. They took first aids in different hospitals.

Kafil Uddin, BNP nomination seeker for Dhaka-18 constituency on Saturday night told risingbd that 12 supporters sustained injuries during the clash. The clash ensued from misunderstanding. Later, it was settled.

It was leant that several supporters of another BNP nomination aspirant S M Jahangir Hossain also received injuries in the incident. However, Jahangir could be reached after trying several times on his mobile phone.

Abul Hassan, Officer-in-Charge (OC) of Gulshan Police Station, said nobody has yet not come to file any complaint in this connection. Legal steps would be taken once complaint is filed.