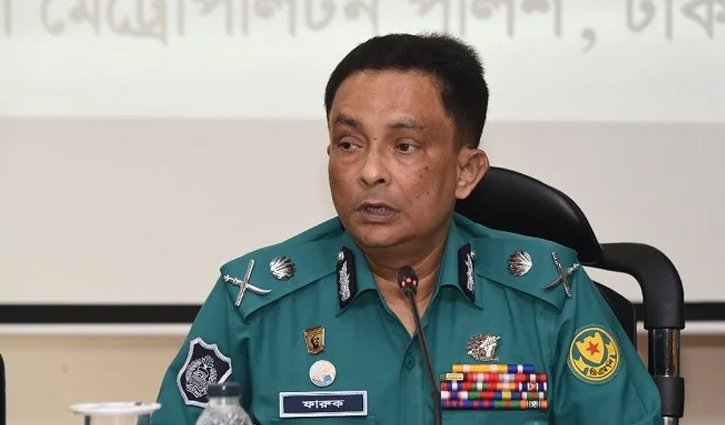 Dhaka Metropolitan Police (DMP) Commissioner Khandker Golam Faruq has said that rally will be allowed on the streets except in open grounds.

He said, “We allowed BNP to hold rally at the Suhrawardy Udyan. Hopefully, they will gather there.”

DMP Commissioner said told this to media on Monday (December 5).

He further said the public suffering will reach the extreme level if the rally is allowed on the streets. Not only the traffic movement, but also the normal life of the common people is severely disrupted. It is mainly for this reason that rally cannot be allowed in these places. Considering all the aspects, BNP has been given permission to hold a rally at Suhrawardy Udyan.

On the other hand, BNP has decided to hold the Dhaka divisional mass rally at Nayapaltan in the capital on December 10, said BNP Standing Committee member Mirza Abbas.

In a press conference at the party office at Nayapaltan on Monday afternoon, he said, BNP will give an alternative name to the preferred place if the administration wants.

When asked by reporters whether BNP has any alternative to Nayapaltan, he said, “If so, we will choose it. But now I will not say the name.”

On the other hand, on Sunday (December 4) afternoon, a delegation of BNP met and discussed with DMP Commissioner Khandker Golam Faruq.

After the discussion, in front of the main gate of the DMP headquarters, in response to a question from the journalists, about the venue, Dhaka Metropolitan North BNP convener Aman Ullah said, “We have been saying from the beginning that we will hold the rally at Nayapaltan. We have discussed this with police several times. Meanwhile, the police have given us a letter allowing us to hold a rally at Suhrawardy Udyan. We came to discuss that today.”