Bangladesh is a land of communal harmony: PM 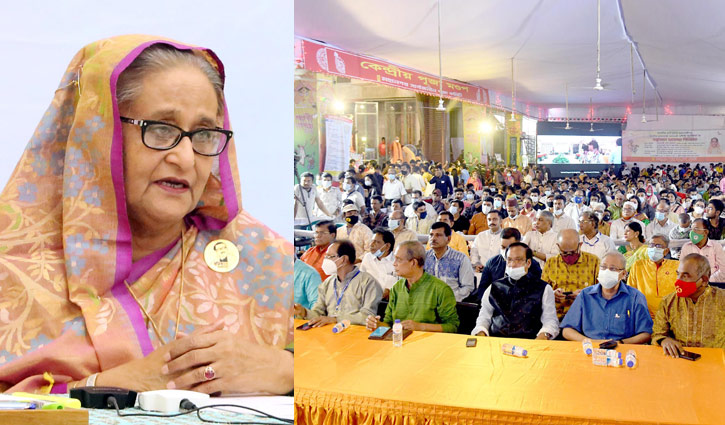 Prime Minister Sheikh Hasina said that Bangladesh is a land of communal harmony. Here, people of all faiths will live together and will practice their own religion.

The premier said this while exchanging greetings with leaders of the Hindu community being connected virtually with the Dhakeshwari National Temple marking the Sharodia Durga Puja from her official Ganabhaban residence on Thursday (October 14).

She said, the people involved in vandalizing Hindu temples must face exemplary punishment, calling upon all to work in unison and remain vigilant to stop recurrence of such heinous acts.

"We have already taken proper measures (against ransacking of Hindu temples). Those who carry out such incidents will definitely be traced out as we did in the past. Exemplary punishment will be given to them irrespective of their religions so that none can dare to do so in future," she said.

Terming the incident of vandalizing temples in Cumilla "very unfortunate", Sheikh Hasina said, "Massive investigation is going on into the matter. We're getting much information (regarding the incident). This is an era of technology and those involved in the incident will definitely be found out using the technology."_BSS.