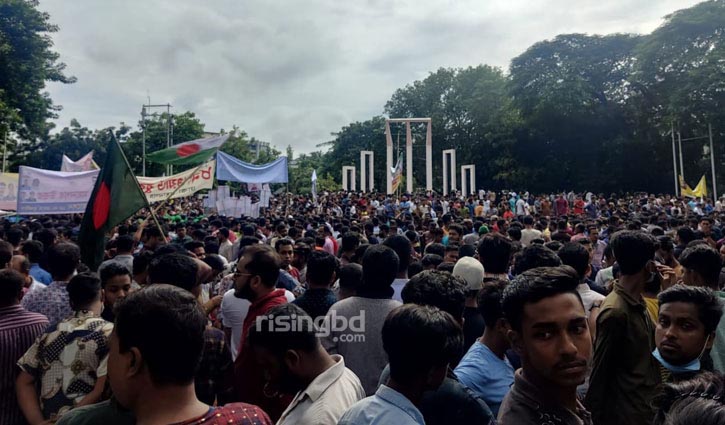 Ruling Awami League and its associated bodies organized peace and harmony rallies all over the country on Tuesday.

At the rallies, Awami League leaders have assured the country's Hindu community that Prime Minister Sheikh Hasina and ruling Awami League are beside them always.

A rally was held in front of the party's central office on Bangabandhu Avenue in Dhaka.

At the rally, Awami League General Secretary Obaidul Quader said “Sheikh Hasina's government is a minority-friendly government. Awami League activists will remain on the streets till the forces against communal harmony are tackled”.

“Do not fear, Hindu brothers and sisters. Sheikh Hasina and Awami League are with you”, he said.

He also urged party leaders and activists to build resistance against communal forces.

Under the programme, Awami League and its associated bodies also organised rallies in all districts, metropolises and upazilas of the country.